Now that you have her number, do you know THE BEST WAY to text her and get a date?

In this video, Nicole reveals how girls actually want you to ask them out on a date.

She’ll also reveal some huge mistakes guys make when it comes to texting.

Make sure you watch the video.

What She ACTUALLY Wants You To Text Her

Hey, it’s Nicole with The Attractive Man Team, and I’m going to reveal how a girl ACTUALLY wants you to text her and ask her out.  I’m going to be telling you all the do’s and don’ts of texting a girl those first few times after you’ve gotten her number to make sure you don’t send her running away and so you can actually get a date fast.

I’m gonna show you some real-life examples of texts I’ve received and then break them down for you based on the good, AND the bad. Then at the very end, I’ll tell you the absolute BEST way to secure a date!

What Kind of Texts Do Girls HATE?!

I’m gonna show you a few texts that were big fails, so you don’t make the same mistake…

This guy did both, All in one text. A guy’s FIRST text to me was at 4 in the morning. On a Sunday night. And it was nonsense. Just an emoji next to a random letter. Not only was this text completely pointless, but it also woke me up at 4 in the morning. Meaningless texts that say nothing are a waste of everyone’s time and make you seem like you’re not very interesting.

#2. The texts that will get you destroyed in her group texts

These can include anything from excessive emoji/meme usage (are you 12?!) to horrible grammar/spelling, to inappropriate messages or pictures. If your first text to girl includes bad spelling and 15 emojis, it doesn’t matter if you told her she’s the most gorgeous girl in the history of the earth, she’s going to think you’re an idiot.

That might be harsh, but it’s true. And inappropriate texts are not ok when trying to get the first date. You’re going to make her feel creeped out, and she’s not going to give you the time of day. It’s the biggest turn-off. No girl wants this. Look, it’s great you think we’re attractive! And we love to hear it! But just straight up asking for pics from someone that you literally met yesterday comes across as super creepy.

Pro tip: If you really want to see us that bad, make actual plans to do so!

If you want to see the biggest collective eye-roll from any group of girls, ask them how they feel about a guy sending the “we should hang out sometime” text.

“We should hang out sometime” translates to “I’m going to make as little effort as possible.” and isn’t going to lead to a date unless that girl is REALLY desperate. Plan a freaking date! A lot of guys seem to have this idea that if you call it a “date” and actually suggest a day and time, it’s suddenly something serious. But any normal girl does NOT think that you’re imagining wedding bells because you called it a date.

If you can’t say anything more than “let’s hang out sometime” you’re going to lose her interest immediately. And let’s face it, there’s always the slight possibility that she may be just gave out her number to be nice. Maybe she has a boyfriend, maybe she was just super drunk, or maybe she’s not in a place where she wants to date anyone. Being straightforward with your intentions will help weed those types of girls out, so you’re not wasting your time with someone who’s gonna flake anyway.

What Kind Of Texts Do Girls LOVE?!

Moving on to the things that WILL get you a date…

It’s amazing how many guys actually forget to flirt via text or don’t know how to do it properly. Before asking her out, it can be a great buffer to send a few flirty texts. You can always send something a little cheesy like “it was great to meet you, I can’t wait to see your pretty face again” or “you’re so beautiful” but, while those are nice and flattering, it sounds like a cookie cutter compliment.

If there’s something specific about us that you liked or ANYthing we did or said that you thought was cute, tell us! Girls eat that shit up. (A guy pointed out how he thought I had a cute sneeze. No one is cute when they sneeze unless you’re a baby panda, but the fact that he said this was really endearing and cute.)

A unique comment or compliment about THAT girl specifically is not only a surefire way to let her know you’re interested, but it also shows that you paid attention to something other than her boobs when you met her, and that really matters!

Okay, the flirting is going well, and you want to ask her out. Even if you left your balls at home that day and can’t bring yourself to call it a date, take control and make real plans with her. (A guy was asking me to drinks where he suggested a location and two-day options. He even picked a place close to me because he remembered I lived on the opposite side of town from him. Good stuff.)

Girls want a guy who is confident and is able to make decisions. If you’re wishy-washy or “I dunno, it’s up to you” then it seems like you’re not confident or not even that interested. Girls love a guy who can take charge and pursue them. Setting the day and location also gives you the freedom to choose a place where you’re in your own element and comfortable.

#1. What’s the number one way to stand out? CALL THE GIRL!

I feel like this should come up in a big giant text when I say this!

So I’ve shown you a couple examples of guys who did everything right via text…great flirting, great decision making… but spoiler alert. I didn’t go out with any of them. Why may you ask? They lost out to the one guy who actually had the balls to CALL me to ask me out.

It wasn’t a long conversation; it was very concise “Hey, I really enjoyed meeting you this weekend and would like to see you again. Can I take you out tomorrow night?” He then told me there was a new restaurant he’d been wanting to try, so we should go there. I said yes in a heartbeat!

He displayed a level of confidence and courage that no one else did, without even having to come up with witty flirtatious texts and that was so incredibly attractive! Calling someone is nerve-wracking. Everyone knows that. But even if you hate talking on the phone, and even if SHE hates talking on the phone, or even if you barely had the chance to talk to her when you got her number, a quick call to set up a date will make you seem like you have your shit together and you will stand out every time.

Not all girls will actually answer the phone, especially if you didn’t get a chance to talk much when you met. But that’s okay! It’s totally fine to shoot her a text afterwards because it’s more about the ACT of you calling than the actual phone conversation itself. If she doesn’t answer, texting her after to say why you were calling is totally cool.

That gives her the option to return your call or just text back. If she doesn’t respond then, you’ll know that maybe she’s just not that into you.

Getting a girl’s number is just the first step. If you follow these do’s and don’ts, you’re sure to score an awesome date!

To help you out with what you need to say, I created this Free Conversation Cheat Sheet where I break down exactly what to say after “Hi” to make her want you.

Download it now because you’ll want to keep this handy before you go out.

And if you want us to show you how to meet women personally, click here for a free 1-on-1 breakthrough call. 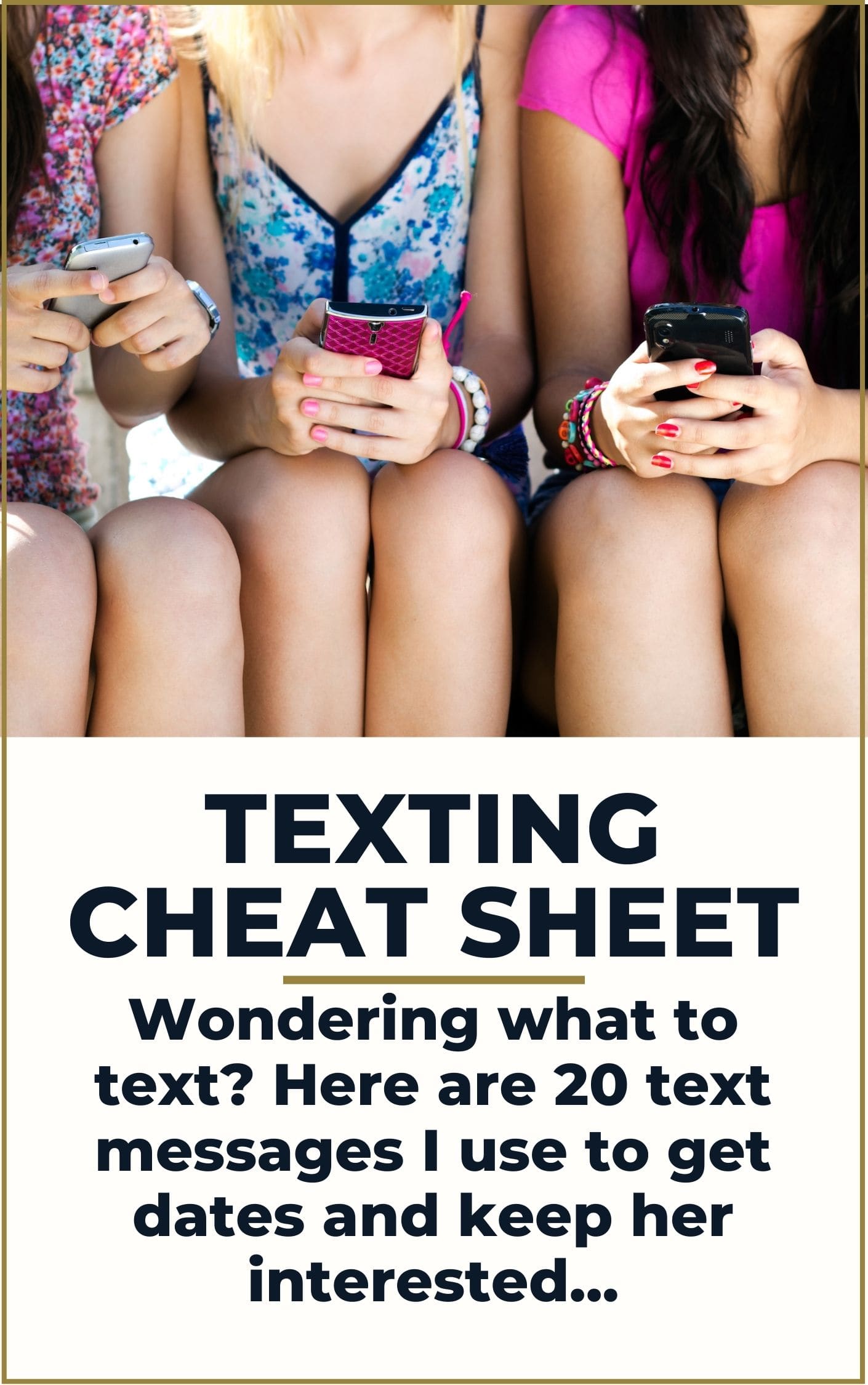