“I want you sore, baby… Every time you move tomorrow, I want you to be reminded that I’ve been here. Only me. You are mine.”
― Christian Grey

From the series that has sold over 100 million copies worldwide and has been translated into 52 languages comes the movie “50 Shades Of Grey.” Although some critics have slandered the movie, there is no doubt in my mind that millions of women are drawn to the powerful and seemingly psychotic main character, Christian Grey. 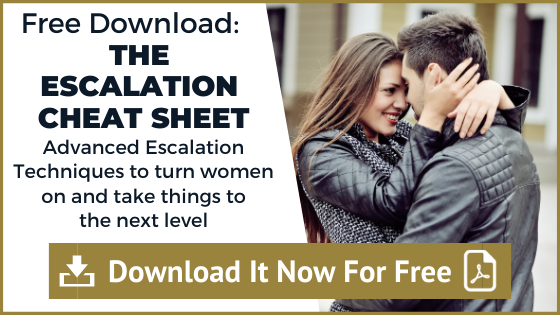 But why would women be attracted to this tormented and somewhat abusive billionaire? Is it his money and good looks? Not entirely.

After watching the movie twice, each with a different woman who chimed in on the irresistible attributes of Mr. Grey, I came up with a list of 11 reasons why women are obsessed with Christian Grey.

There is no doubt that a man who runs a billion dollar corporation is a powerful man. But must you be the king of an empire to be perceived as powerful in the eyes of the farer sex? The answer is NO.

You see, women are not attracted to men just because of their money. (I’ve had many private clients come to me because they couldn’t get a date despite the millions in their bank account).

Power is about the ability to influence yourself and those around you. When you go out with friends, do you take the lead? Or do you wait for someone else?

A man who demonstrates power over himself by controlling his actions, thoughts and emotions is extremely attractive. Time and time again, Christian’s little “sex slave,” Anastasia, challenges and tests him by pushing him away and questioning his behavior. Not once does the billionaire raise his voice in anger or resentment.

Take away: Master your emotions. Be slow to anger and women will feel safe around you. Take the leadership role whenever you can. Start orchestrating parties and outings with your friends and they will begin seeing you as a leader.

Watch the movie and pay close attention to Mr. Grey’s impeccable eye contact. You’ll notice many scenes in which the character doesn’t even blink. By holding and maintaining strong eye contact, Christian displays confidence and control of the situation.

His eye contact also creates intense sexual tension between him and Ms. Steele.

Take away: Most guys tend to avoid or break eye contact to avoid tension. Instead, hold eye contact and look at her with intense desire (without looking creepy!) and watch her get weak at the knees.

3. He is a Challenge

Christian Grey is a challenge. In one scene, he pulls Anastasia in and touches her face while whispering, “steer clear of me Ana, I’m no good for you.”

In another scene he almost kisses her and then suddenly turns and walks away. You’ll notice how he maintains a good balance of showing interest and taking it away.

If he was too much of a challenge, Anastasia would probably just give up on him. And if he showed too much interest, she would probably have gotten bored.
His eye contact also creates intense sexual tension between him and Ms. Steele.

Take away: Women love a little chase, so maintain a good balance of being a challenge and showing interest. One of the best ways to be a challenge, is to challenge her. If she is not living up to her full potential, call her out on it.

For more ways to be a challenge and get her thinking about you all day long, check out this video.

Christian Grey has this mysterious aura about him, and Ana seems desperate to figure him out. Christian is hesitant to reveal the demons from his past, but, to Ana’s delight, he slowly discloses more and more about his upbringing.

Take away: Don’t reveal everything all at once. Maintain some mystery to make her curious to learn more about you.

Christian is not apologetic about who he is and what he likes, especially in the bedroom. Even though he has many “odd” tastes when it comes to sex, he maintains this “take it or leave it” attitude.

Christian has no interest in changing who he is to accommodate her tastes. Instead he brings her into his reality and allows her the opportunity to leave at any moment if she doesn’t feel safe.

Christian Grey is a bad boy to the core. He does what he wants when he wants. When he wants to kiss her, he kisses her. When he is feeling desire, he confidently expresses it—verbally or physically—without apology.

Take away: Own who you are as a man and don’t be ashamed. Even if you have some hobbies, interests or traits that are “less than attractive,” be proud and don’t apologize for who you are. If you want to kiss her, go for it.

He makes her feel safe and secure—not just because he’s got tons of money, but because he always knows what to do. He knows how to handle himself in any situation and takes the lead.

He doesn’t ask, “Where do you want to go on our date?” Instead, he controls every moment of the situation and brings her into his world.

Take away: Control the situation, take the lead, bring her into your world and she will follow your lead all the way to the bedroom!

7. He Is Possessive of Her

“Every time you move tomorrow, I want you to be reminded that I’ve been here. Only me. You are mine.”

Women want to be claimed. A woman wants a man who declares her as his. It makes her feel safe and protected and gives her a sense that he truly cares for her.

Every woman on the planet wants a man who will fight for her, and I’m not referring to fighting in the literal, physical sense. I mean a woman wants a man who cares enough for her that he won’t leave her when times get tough or when she is on an emotional rant.

Take away: Always make a woman feel safe. Safety is a woman’s number one concern. Make her feel like she is yours—only yours.

(Want A Girlfriend? Click Here to discover the secrets to turn almost any girl into your loyal, loving girlfriend.)

We are all human and therefore we are all flawed to some degree. For many guys, their biggest mistake is trying to be super smooth and perfect.

Christian doesn’t pretend to be perfect. He shows his human side when he confesses some of his dark secrets.

A great way to connect is to share something intimate or personal. When Christian shares his vulnerable side, it makes Ana feel like she can really trust him and allows her to open up and share things about herself, thus building a deep emotional connection.

Take away: STOP TRYING TO BE PERFECT. STOP CARING ABOUT GETTING REJECTED. Just be authentic. When you let her see your authentic self, then she will fall for you.

Share a secret or something personal to allow her to open up and share things about herself. This will quickly build a strong connection. Be careful not to share too much too soon. You don’t want to confess all of your problems on the first date.

There is no doubt that the young, charming billionaire is extremely ambitious. But what is it about being ambitious that women find so attractive? And what if you aren’t a billionaire just yet?

Besides the attractive lifestyle, this is the main reason women love wealthy men. And you don’t need a heavy wallet to show that you are ambitious—you just need to be working and striving for a goal.

It could be starting a business, getting your band signed or working your way up the corporate ladder. Or, it could be a nonprofit cause, like saving the whales or feeding the homeless.

Take away: Have a clear, defined purpose, mission, or goal for your life.

10. He Cares About Her Interests

A person’s favorite subject is themselves. Even if you are the most interesting man in the world, if you go on and on about yourself the woman will lose interest fast.

Christian shows that he cares about Ana’s interests. He even finds out what English major she is studying in school and sends her a first-edition book by one of her favorite authors.

Take away: You don’t have to send extravagant gifts—just ask her about her interests and pay close attention to her likes and dislikes.

11. He Is a Master of Seduction

Believe it or not, a woman wants to be seduced.

Contrary to popular belief, she doesn’t want a man who plays it safe, pretends to be her friend, and then later tries to swoop in under the radar.

Christian begins seducing her from the moment he meets her with his powerful eye contact, use of sexual innuendos, and slow, deep vocal tonality. It is clear from the beginning that their relationship will not be a platonic friendship.

Take away: Seduce her! Don’t have a nice friendly conversation that leads to nowhere. Instead, talk to her as if she was already your lover, like Christian does in the movie, and she will likely become your lover.

Don’t get me wrong: despite his money, looks and the other above-listed attractive qualities, the character in the movie definitely has a few loose screws.

Nevertheless, I recommend that you notice Mr. Grey’s attractive qualities and adopt them as your own in an effort to attract higher quality women and be a powerful man.

Do you want to become a powerful seducer like Christian Grey?

If so, then check out this video that my friend Christian Hudson made: “3 Steps That Transform a ‘Cold’ Girl Into Your Loving, Loyal Girlfriend.”

10 Ways to Stand Out from all the Other Guys on Tinder You don’t need money, you need BALLS!
Scroll to top